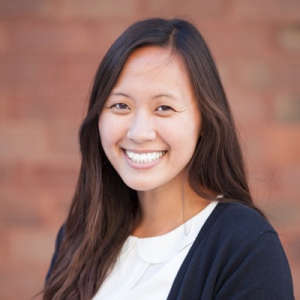 By: Carol S. Lee, Ph.D.
From University of Massachusetts Boston

While rock climbing has been around for decades, the number of people climbing has steadily increased in the last 10 years as the number of climbing gyms has increased about 10 percent in the United States alone.1 It is estimated that in the U.S, 1,000 to 1,500 new people try climbing each day.2 So what is it about this sport that's got so many people hooked?

Rock climbing is a physical sport, but many consider it a mental one as well. After all, it depends on your faith in yourself and your abilities, and your abilities to manage fear and anxiety and solve problems in the moment, trust in your climbing partners, an awareness and acceptance of current limits, and the facility to mindfully focus on your movements. In short, rock climbing requires some of the core psychotherapeutic mechanisms of change, such as trust in yourself and others, cognitive flexibility, self-efficacy (which is the belief in one's ability to do or cope with something successfully), emotional awareness, acceptance, and mindfulness.

Up on the Wall

There is plenty of anecdotal evidence about the benefits of using rock climbing as a psychotherapeutic intervention, but only a few studies have explicitly examined it as a clinical intervention, most of which have been case studies.7 To address this, researchers at Friedrich-Alexander University Erlangen-Nürnberg in Germany conducted a controlled experiment to examine the effectiveness of an indoor bouldering (a type of rock climbing) group therapy as a treatment for depression.6

In their study, a total of 47 individuals with clinically significant depression met for three hours eight times weekly, in groups no larger than 15. Each of the sessions had a theme (mindfulness, changing old habits, self-efficacy, fear, and trust) and were led by two therapists, both of whom were climbers.

The sessions started with a mindfulness exercise, followed by psychoeducation about the session's theme, bouldering games or exercises relevant to the session theme (for example, climbing blind-folded), and time to work on personal bouldering projects with support from a therapist. Each session ended with another mindfulness meditation, followed by a discussion of the skills learned and how group members could use the skills outside of the session. Additionally, group members were encouraged to support and help each other.

Depression Descending, But With Limitations

The results of the study indicated that, compared to a control group (a list of individuals waiting to receive the therapy), those in the bouldering therapy group experienced a decrease in depression, as well as an increase in self-efficacy and coping ability.

The study focused just on indoor bouldering, which is only one type of climbing. Although other case studies have shown that other types of climbing are associated with greater mindfulness and decreased anxiety,7 it is unclear if other types of climbing can also be used as a treatment for depression. Further research could examine the effect of using other types of indoor (e.g., top rope or lead climbing) or outdoor (bouldering, sport, ice, aid, or trad) climbing, most of which are associated with greater risk, require a climbing partner, as well as a large amount of trust in those partners.

Finally, it is unclear which part of the therapy is driving the change. Is it specifically bouldering? The increased self-efficacy? The mindfulness training? The sense of community and social support that the participants received from other group members? Or perhaps it's the physical activity, which has been repeatedly shown to decrease depression.8 Likely, it's a mix of all, which, except for the first, can be found in other social or partnered sports.

Indeed, a recent study found that rock climbing and other forms of physical fitness lead to comparable decreases in both depression and anxiety.3 Further studies are necessary to examine bouldering therapy specifically in relation to other types of therapy, but these results point out the benefits of using rock climbing and other physical activities to decrease depression.

2. Noble, C. (2014, May). The Mentorship Gap: What Climbing Gyms Can't Teach You. In Climbing. Retrieved from http://www.climbing.com/people/the-mentorship-gap-what-climbing-gyms-cant-teach-you/.