The Placebo Effect Has Potential Power for Treating Depression 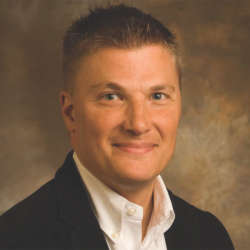 For decades, psychiatrists and health care providers have prescribed antidepressant medications and psychotherapy for patients who come to the clinic seeking relief from the symptoms of major depression. Hallmark or gateway symptoms of clinical depression can include, but are not limited to the following:


Depression Is Typically Treated With Medication

The mechanisms through which antidepressant drugs work to treat depression are not fully understood. However, they are believed to enhance signals within and between nerve cells in certain brain regions. Typically prescribed antidepressant drugs target the brain's monoaminergic neurotransmitter systems (e.g., serotonin, norepinephrine) due to the role of these systems in regulating numerous human behaviors including emotion regulation and mood.

Historically, prescribed antidepressant drugs included members of the class known as tricyclic antidepressants (or TCAs, so named for the three "rings" in their chemical structure). More recently developed antidepressant drugs (i.e., within the last few decades) have targeted the brain proteins, or transporters, whose job it is to remove recently released neurotransmitters back into the nerve cells from which they came. With regard to the treatment of depression, the most commonly targeted proteins are the serotonin, norepinephrine, and to some degree, dopamine transporters.

An important, and widely prescribed, class of antidepressants is the serotonin specific reuptake inhibitors, or SSRIs. This class includes familiar drugs such as sertraline (Zoloft®), citalopram (Celexa®), and fluoxetine (Prozac®). More recently, a class of antidepressants emerged that targets both serotonin and norepinephrine transporters; it includes venlafaxine (Effexor®) and duloxetine (Cymbalta®).

If you are being treated for depressive symptoms, the selection of the appropriate antidepressant medication to take in combination with psychotherapy is largely based on clinical encounters and conversations between you and your mental health provider and the available evidence-based clinical recommendations.

What Is the "Placebo Effect"?

A phenomenon that has been observed by scientists and clinicians for years, the placebo effect is a fascinating process to further investigate. In fact, the effects of an inactive sugar pill, saline solution, or "fake" surgery can be so striking that many clinicians find them hard to believe!

By definition, the placebo effect refers to the perception by a patient that he or she feels better simply because they are getting some kind of treatment. It was long believed that the placebo effect was a strictly psychological process, however, exciting neuroscientific data has revealed that there may be underlying neurobiological processes at work as well and that these processes appear to operate across general medical and psychological conditions.

How the Placebo Effect Happens

The ways in which the placebo effect may influence treatment outcome are actively being researched by clinical scientists across medical disciplines. For example, much has been learned through the study of human pain perception and response to analgesic drugs. In the mid- to late 2000s, scientists at the University of Michigan used neuroimaging techniques to show that the placebo effect may be due, in part, to the activity of the body's pain-relief and reward systems. In their studies, the Michigan team injected a mildly painless saline solution into the jaws of participants and then provided either a painkiller medication or placebo.

In both groups (each expecting to be medicated since participants were not told what they actually received), the researchers observed increased activity in the brain regions that make up the endorphin system, a neurobiological network within which naturally occurring painkilling chemicals are released. In addition, this team later found that people who experience greater positive reward (say, on a learning task in which they receive monetary reinforcement) also display greater expectation of effectiveness when given a placebo. This observation is supported by neuroimaging data that shows increased activity in the nucleus accumbens, one of the brain's primary reward centers.

The Placebo Effect on Depression

The placebo effect, and its underlying psychobiology, has also been extensively studied in the treatment of major depression. Several studies of common depression interventions such as medication, psychotherapy, and body-, or somatic-, centered approaches have revealed robust placebo effects. As with the pain perception examples described above, depression researchers also suggest that placebo effects specific to antidepressive benefits may be the result of patient expectations and conditioning (also known as context-dependent learning).

Researchers are quick to point out the placebo effects observed in clinical intervention trials (e.g., novel drug; new type of psychotherapy; somatic treatments such as acupuncture) appear to be specific to the type of treatment. In other words, placebo effects seen in patients given a drug versus a sugar pill may be qualitatively different than those observed in a patient receiving transcranial magnetic stimulation (TMS) versus a sham intervention (where the apparatus is worn but no magnetic field applied).

Does the Brain Have a "Placebo Center?"

In addition to the endorphin and reward systems discussed above, recent work with chronic pain patients has identified an area of the brain that appears to be centrally involved in the expression of placebo effects: the mid-frontal gyrus is a "ridge" of brain tissue situated along the frontal lobes of the brain just above the eyes. Scientists at Northwestern University in Chicago, in a study of patients with chronic pain, found that those individuals that responded well to a placebo (sugar pill) had significant activation (also known as increased functional connectivity) within the mid-frontal gyrus, as opposed to placebo non-responders.

It is important to note that this area of the brain is both functionally and anatomically divergent from the brain regions known to mediate the effects of traditional painkiller medications.

Not surprisingly, placebo effects are also affected by a patient's previous treatment for depression, individual genetics, and his or her idiosyncratic personality features. For example, a patient who has tried numerous therapies without success may have a more negative view of the new treatment and lower expectations, as compared to a newly diagnosed depression patient who is treatment-naïve. With regard to personality, a patient's level of overall optimism versus pessimism must be considered when evaluating responses to active treatments or placebo controls.

It is a widely held belief in the mental health community that some people are more genetically predisposed to psychopathology, including disorders that influence the rewarding effects of illicit drugs, gambling, and other pleasurable activities. Based on what has been learned so far, the propensity for a person to respond positively to a placebo may also be mediated, at least in part, by one's reaction in the face of reward.

Taken together, these clinical research findings suggest that the attitude and expectations of a patient going into treatment can have profound effects on their reported symptom severity and/or relief even if they receive a "drug" that has no biochemical effects.

In fact, recent discussions among mental health providers who routinely treat anxiety and depression have advocated for including placebos on short lists of pharmacotherapies aimed at treating depression- and anxiety-related psychopatholgy. This is in large part due to the robust placebo effects often observed even in the most highly controlled clinical trials.