Can Therapies for Depression and Pain Also Reduce Dementia and its Severity? 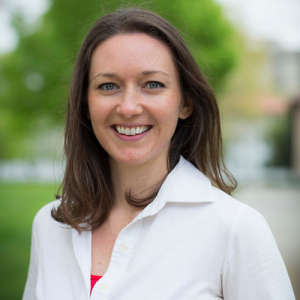 More than five million people in the U.S. suffer from dementia, and roughly half of them also have depression. The relationship between these two illnesses is complicated by the possibility that depression can result from cognitive impairment. But evidence shows that people who have or had depression are at an increased risk for developing dementia later in life.

Furthermore, the more severe the depression, the higher the risk of dementia. Patients who have dementia with depression are also known to have worse outcomes in quality of life, disease progression, and life expectancy.

Many features of depression are similar to those of dementia. Both share some risk factors (growing older) and symptoms (poor sleep quality). And there is an overlap in the sort of brain changes that occur: brain inflammation, hyperactivity causing cell death in the hippocampus, and dysregulation of stress hormones through the hypothalamus-pituitary-adrenal axis (which is a complex set of interactions between the hypothalamus and the pituitary and adrenal glands).

The overlap in features could mean that the same underlying cause is contributing to the development of both diseases. But it also points to the possibility that depression may make the brain more vulnerable to the breakdown in function that occurs in dementia.

How to Reduce Symptoms of Both?

An area of active research is whether reducing symptoms of depression in patients with dementia will also reduce the severity of dementia. There is not much evidence that antidepressant medications will help reduce dementia. (More research is needed to understand if there is a critical period of treating depression with antidepressants that could also reduce the risk of dementia.) This indicates a great need for researchers to discover other ways to treat depression and perhaps also reduce dementia and its severity.

Pain and Other Alleviation

One promising avenue of research is the link between pain and depression. Many interventions to reduce pain, such as medication, reflexology, or even using a rocking chair, have been shown to improve the emotional well-being of dementia patients.

A recent study demonstrated that worse pain is associated with worse depression in nursing home patients with dementia. But those who showed a decrease in pain over four months also showed less depression. This suggests that alleviating pain may help improve symptoms of depression and other negative emotions that could contribute to reduced quality of life and behavioral disturbances in those with dementia.

There is also some evidence that practicing yoga and other non-pharmacological methods could decrease depressive symptoms and cognitive decline by reducing stress and inflammation and by providing opportunities for more social engagement.

Mathersul, D. C., & Rosenbaum, S. (2016). The Roles of Exercise and Yoga in Ameliorating Depression as a Risk Factor for Cognitive Decline. Evidence-Based Complementary and Alternative Medicine, 2016.